General Assembly of the Decidim Association 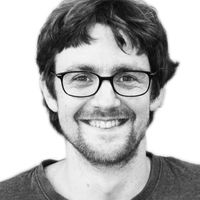 How will the renewal work?

The second phase will involve the presentation of the debate and the results at the next General Assembly of the Decidim Association, convened on July 10th, 2020, at 10am, CET.

Do you want to take part in the debate on the Committee’s renewal?

Here you will find the Coordination Committee Election and Renewal System participatory text. At the moment, the text is only in Catalan :-(

Who can take part in the debate?

What is the Coordination Committee?

The Coordination Committee is an organ that administers and represents the Association.

Who forms part of the Coordination Committee?

The organ is composed by the president, the secretary, the treasurer, the spokespeople of the thematic committees (article 25 of the Statutes), and the rest of spokespeople. All these charges are unipersonal, so they have to be exerted by different persons. Here you can check the members of the ongoing Coordination Committee.

How are Committee members chosen?

Each member of the Coordination Committee will be chosen by the General Assembly for a mandate of four years. The Committee will be renewed partially every two years. On the first turn there will be a renewal of the secretary and the treasurer, and half of the spokespeople. On the second turn, the rest of the Committee will be replaced. We are arguing the details of how we want to make it through the Metadecidim platform. The result of the debate of the text will be incorporated into the Internal Regulation of the Association.